At the DevIntersections conference this week in Las Vegas, the speakers in the SharePoint track were gathered in the “intersections” room waiting for the seats to be setup. (An intersection is where the attendees and speakers can intersect during a break in the sessions. Sometimes it is called an Q&A.) The topic of the metadata endpoint for a REST interface came up, and Rob Lefferts (PM for the Office Apps team) mentioned that he thought it was released in a CU for on-premises installations. This was encouraging news!

I had a VM with the March CU on it. So, I thought I would start applying CUs to see if/when I could find the metadata endpoint. 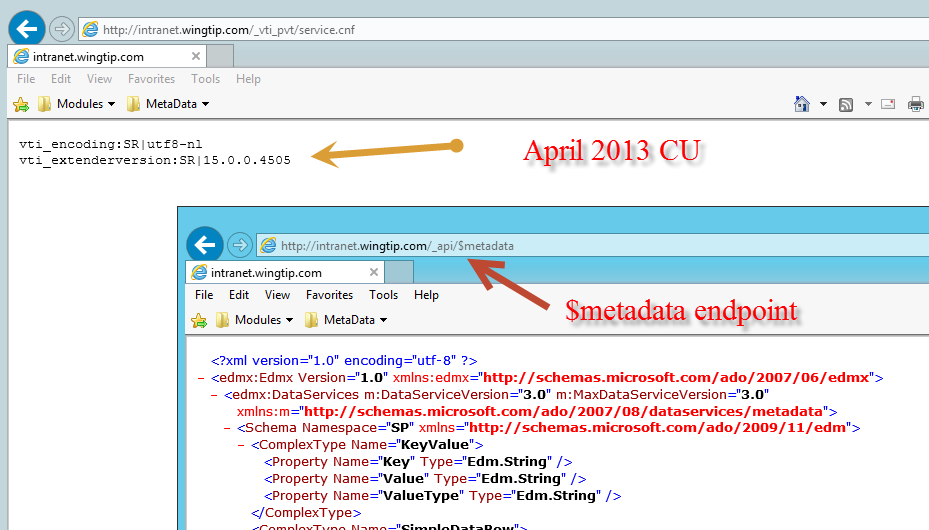